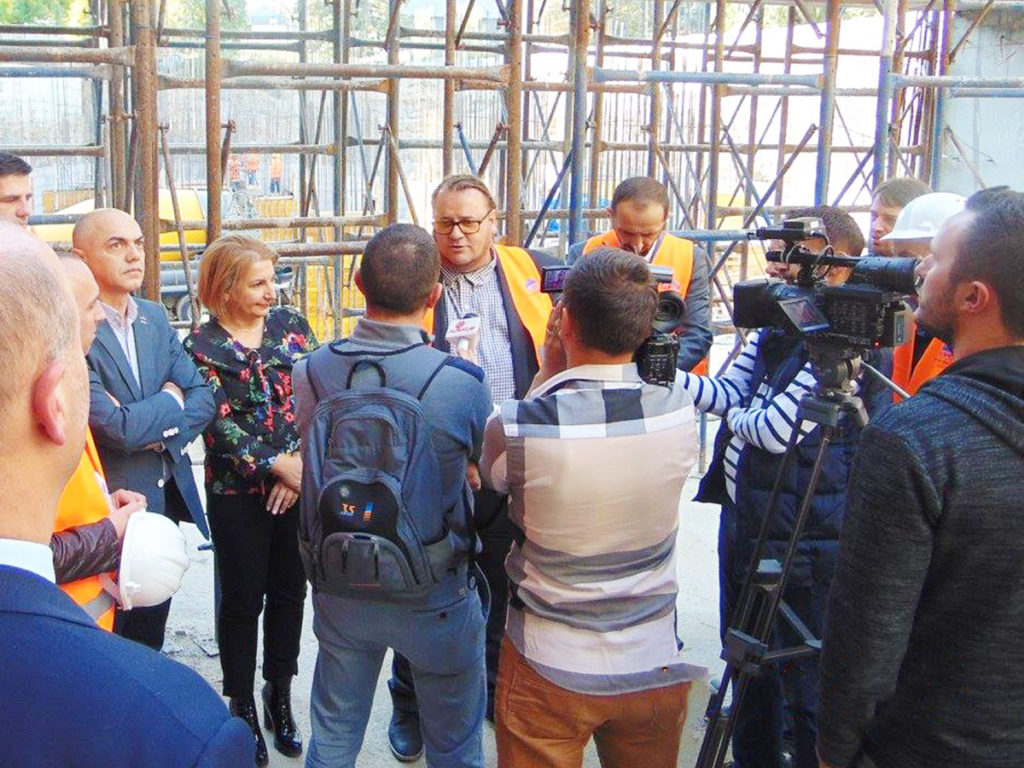 Deputy Prime Minister Hazbi Lika and the Minister of Culture Robert Algjozovski today visited the building site of the House of Culture in Tetovo which is under construction. This large-scale and very important project for all citizens was entrusted to UPC as a company that fulfills all requirements for its construction. Mr. Lika and the Minister were satisfied with the completed work at that time and expected the company to reach the final stage with the same gravity.

UPC promised to give its best as a company and stated that they are ready for further cooperation with state institutions.